Nahualliandoing Dos: An Anthology in Nahuatl, Español and English

Nahualliandoing Dos: An Anthology in Nahuatl, Español and English 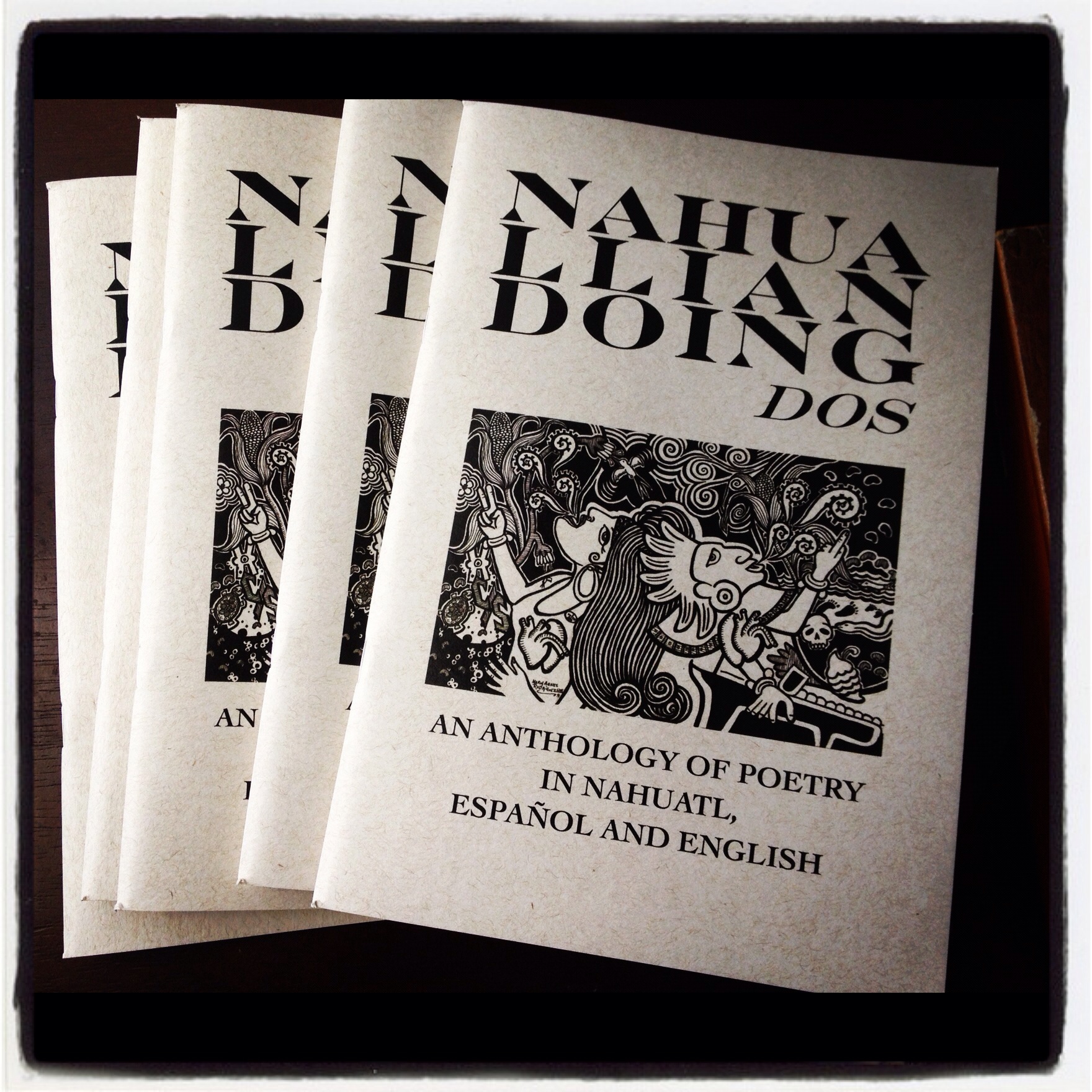 With all the “brown hysteria” going on in Arizona, the anti-immigrant sentiment, the doing away of the Mexican-American Studies program in Tucson, and the banning of Chican@ and other authors, it is more incumbent upon us as Xican@s to return to our American Indian culture and traditions, and as the Mayan concept of panche be explains: “buscar de raiz la verdad” (to search for truth at its root). We should go back to our roots to recover, or uncover, lost things, one of the most important being the native languages that were decimated and transformed by two “conquests”: the Spanish and the United States. This publication continues the work of recovering the original language of the Mexica/Aztec people, Nahuatl, yet placing it in a contemporary Chicano spiritual, cultural, and literary context.

All of the poems selected for this publication include all three languages: Nahuatl, Epañol and English. A glossary of Nahuatl words is also included. Printed on archival and acid free paper.