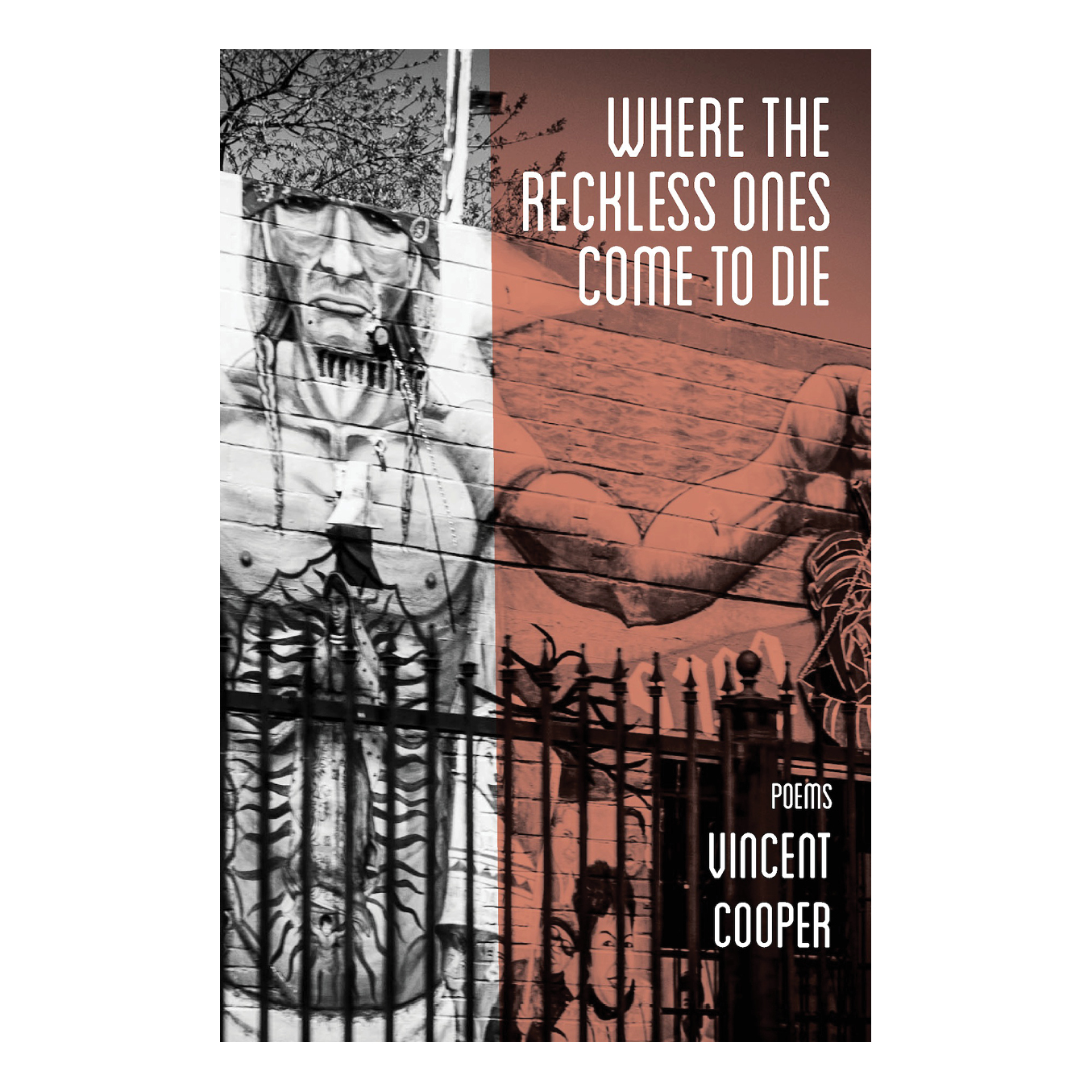 Where the Reckless Ones Come to Die by Vincent Cooper

This 32-page chapbook contains eight poems by Vincent Cooper and is illustrated with eight black & white photographs by Desireé Escobedo. From the poem “Pulse”: “These streets have no pulse/Even the overweight, disease-ridden prostitute/on the corner of Guadalupe and Zarzamora/is struggling to continue on this Saturday night/flapping her chanclas while walking back and forth/attempting to look sane and nonchalant for the officer/driving by.” In the poem “Sandía” Cooper writes: “ Pelón, Chato and me/waking up to burning bacon/and eggs sizzling in a pan/at the house on Potosí St./A shirtless uncle is singing /Grandma is wrapping his tacos/in a brown bag/He puts them in his pocket/as he shuffles off/He was our Robin Hood on heroin.”

Vincent Cooper is a young poet from San Antonio, Texas. A former United States Marine, he has published in Ban This! The BSP Anthology of Xicano Literature, Big Bridge Magazine: Refreshing San Antonio, and La Voz de Esperanza. His work draws the reader into the stark reality of what is happening with the familias and barrio life on the Westside of San Antonio. Desireé Escobedo’s photographs capture Westside San Antonio’s buildings, murals, and barrio scenes that complement Vincent’s poetry. She is a young artist and graphic designer from San Antonio.