Tunaluna is classic alurista: passionate, sensuous, and political. alurista’s tenth book of poetry is a collection of 52 poems that takes us on a time trip through the first decade of the 21st century where he bears witness to the “Dubya” wars, terrorism, oil and $4 gallons of gas, slavery, and ultimately spiritual transformation and salvation.

The “Word Wizard of Aztlan” is at his razor-sharp best, playing with his palabras as well as with our senses and sensibilities. alurista is a Xicano poet for the ages and a chronicler of la Nueva Raza Cózmica. With Tunaluna he trumpets the return of Quetzalcoatl, the feathered-serpent of Aztec and Mayan prophecy, and helps to lead us out of war and into the dawn of a new consciousness and sun, el Sexto Sol, nahuicoatl, cuatro serpiente, the sun of justice. 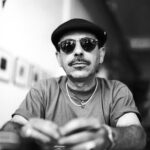 alurista is one of the seminal and most influential voices in the history of Chicano Literature. A pioneering poet of the Chicano Movement in the late 60s and 70s, he broke down barriers in the publishing world with his use of bilingual and multilingual writings in Spanish, English, Nahuatl and Maya. A scholar, activist, editor, organizer and philosopher, he holds a Ph.D in Spanish and Latin American Literature from the University of California in San Diego and is the author of ten books including Floricanto en Aztlán (1971), Timespace Huracán (1976), Spik in Glyph? (1981) and Z Eros (1995). His book, Et Tú Raza?, won the Before Columbus Foundation National Book Award in Poetry in 1996. Author of “El Plan Espiritual de Aztlán,” he is a key figure in the reclaiming of the MeXicano cultural identity, history and heritage through his integration of American Indian language, symbols and spirituality in his writings.